This Amazon patent lists Jeff Bezos as an inventor and is directed towards internet-based customer referral system. Mr. Bezos was awarded U.S. Patent 7337133 entitled “Internet-based customer referral system” on February 26, 2008. The utility patent has been cited 63 times by other U.S. patents in the field of it methods for management and in other fields. 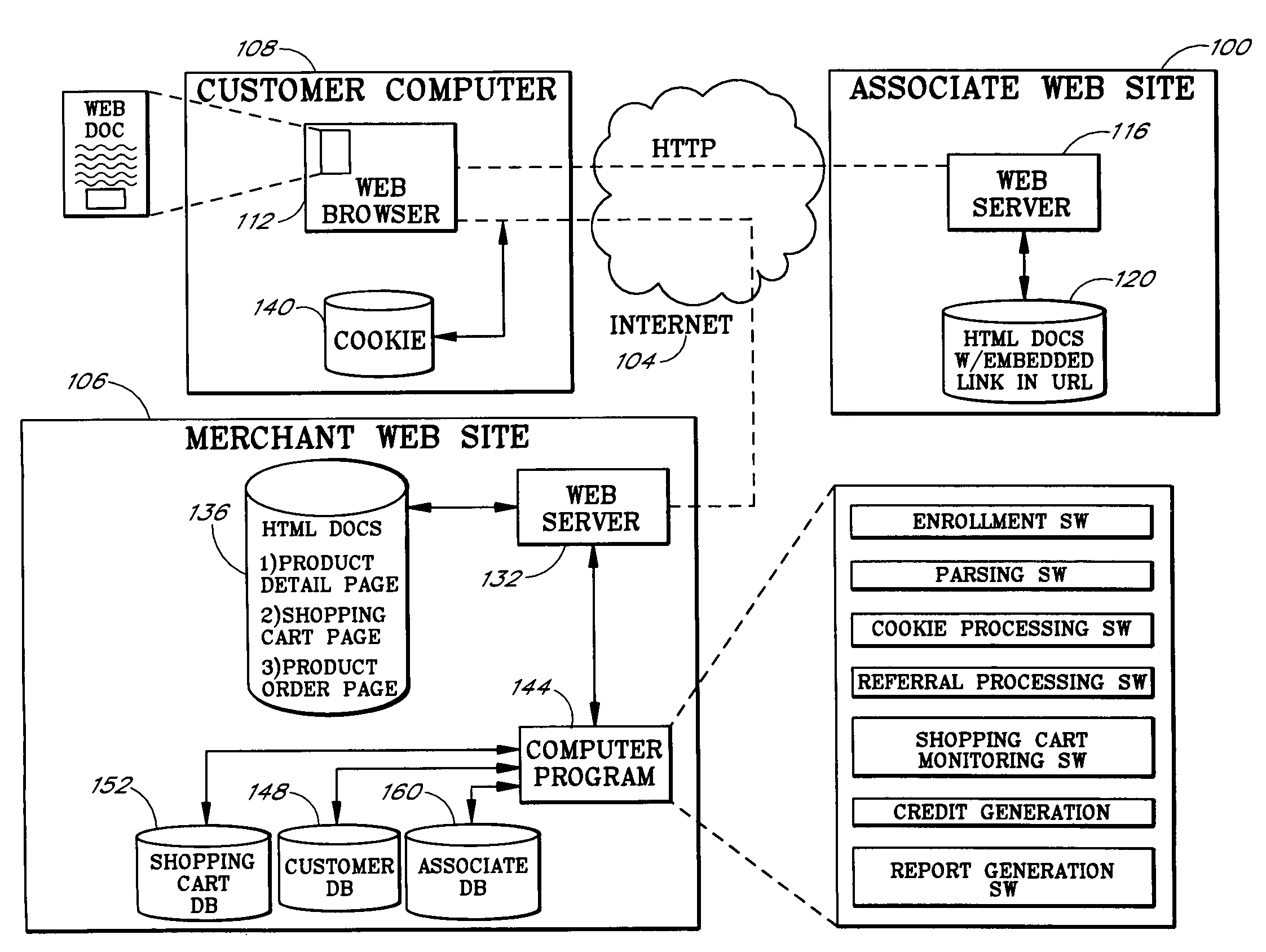 An Internet-based customer referral system enables individuals and other business entities (“associates”) to refer customers to a merchant’s web site in return for compensation, such as commissions on resulting sales. Entities initially register with the merchant web site as associates, and are provided with instructions for creating links to the merchant web site. An associate may, for example, set up an associate web site (or other information dissemination system) with reviews, recommendations, and/or editorials of specific products in the merchant’s online catalog, together with links to associated pages in the catalog. When a user follows such a link and then makes a purchase (as tracked by the merchant web site), the system preferably awards a commission to the associate. The system also preferably generates feedback reports that provide each associate with data regarding the effectiveness of each link provided by that associate. Link: U.S. Patent 7337133

Amazon filed this utility patent on August 4, 1999 giving it a processing time of 3128 days (compared to an average processing time of 1974 in the field). They have a total number of 158 patents. The first named inventor is Jeffrey P. Bezos of Seattle, WA. The patent was allowed by primary examiner Hani M. Kazimi and examiner .

Select Patents researches top it methods for management patents and electrical engineering patents which have been allowed and granted worldwide.  Click here for more information about filing a design patent. If you would like legal advice regarding a patent or would like to file a patent go to https://selectpatents.wpengine.com/contact/