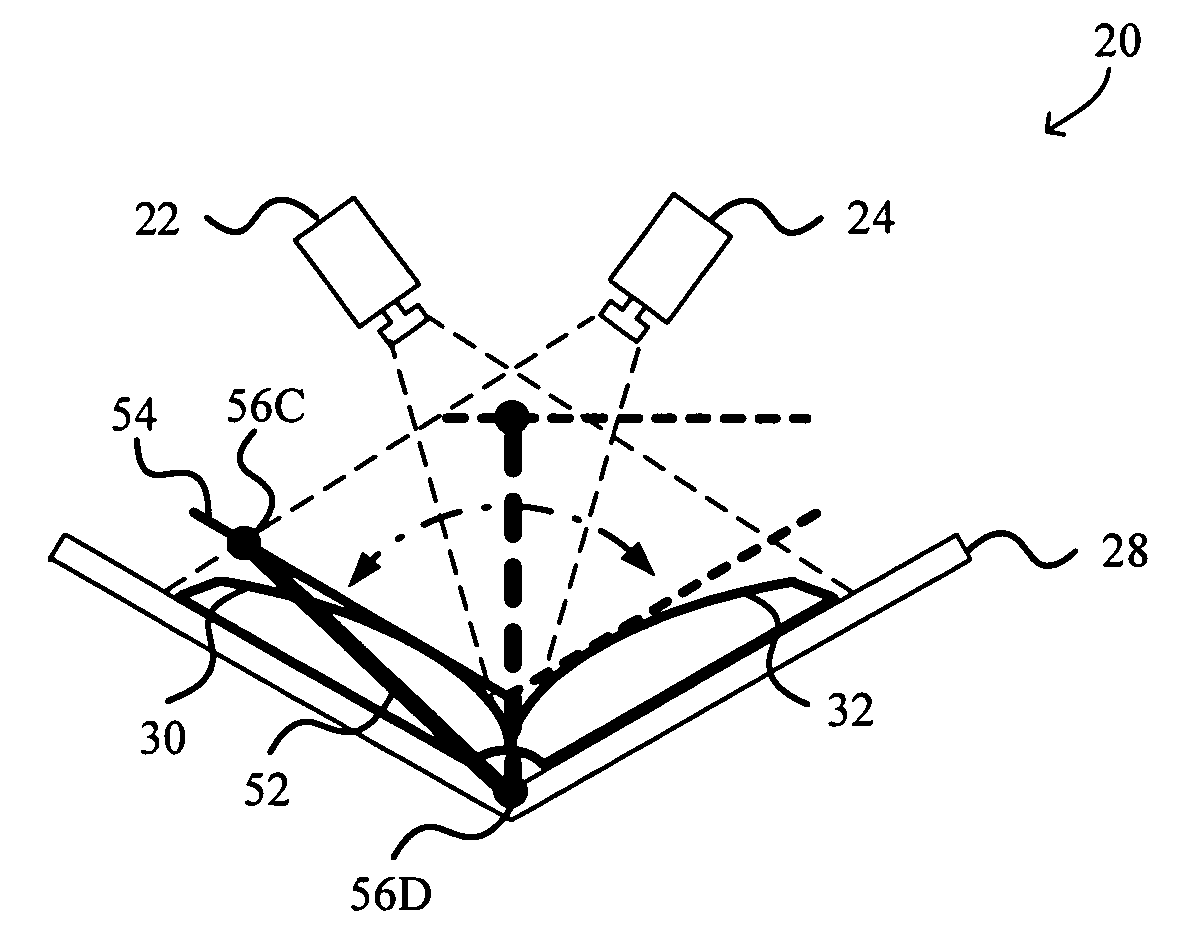 Systems and methods for capturing images of opposing pages in a bound document at high speed using multiple cameras are disclosed. The system generally includes a cradle preferably tilted toward an operator for holding a bound document having two opposing sides, and two cameras each positioned to capture an image of a corresponding side, each camera having an image capture size approximately the size of each side. The cameras may be high definition and store images via direct high speed data communication interfaces, e.g., firewire. A controller and/or foot pedal may provide control of the cameras. The controller may control flashes to selectively light each side simultaneous with each camera capturing the image of the corresponding side. A positioner may position a light-absorbing page between opposing sides. Link: U.S. Patent 7605844

Google filed this utility patent on November 13, 2003 giving it a processing time of 2168 days (compared to an average processing time of 1802 in the field). They have a total number of 15211 patents. The first named inventor is Lawrence E. Page of Palo Alto, CA. The patent was allowed by primary examiner David L Ometz and assistant examiner Dillon Durnford-Geszvain.

Select Patents researches top telecommunications patents and electrical engineering patents which have been allowed and granted worldwide.  Click here for more information about filing a design patent. If you would like legal advice regarding a patent or would like to file a patent go to https://selectpatents.wpengine.com/contact/