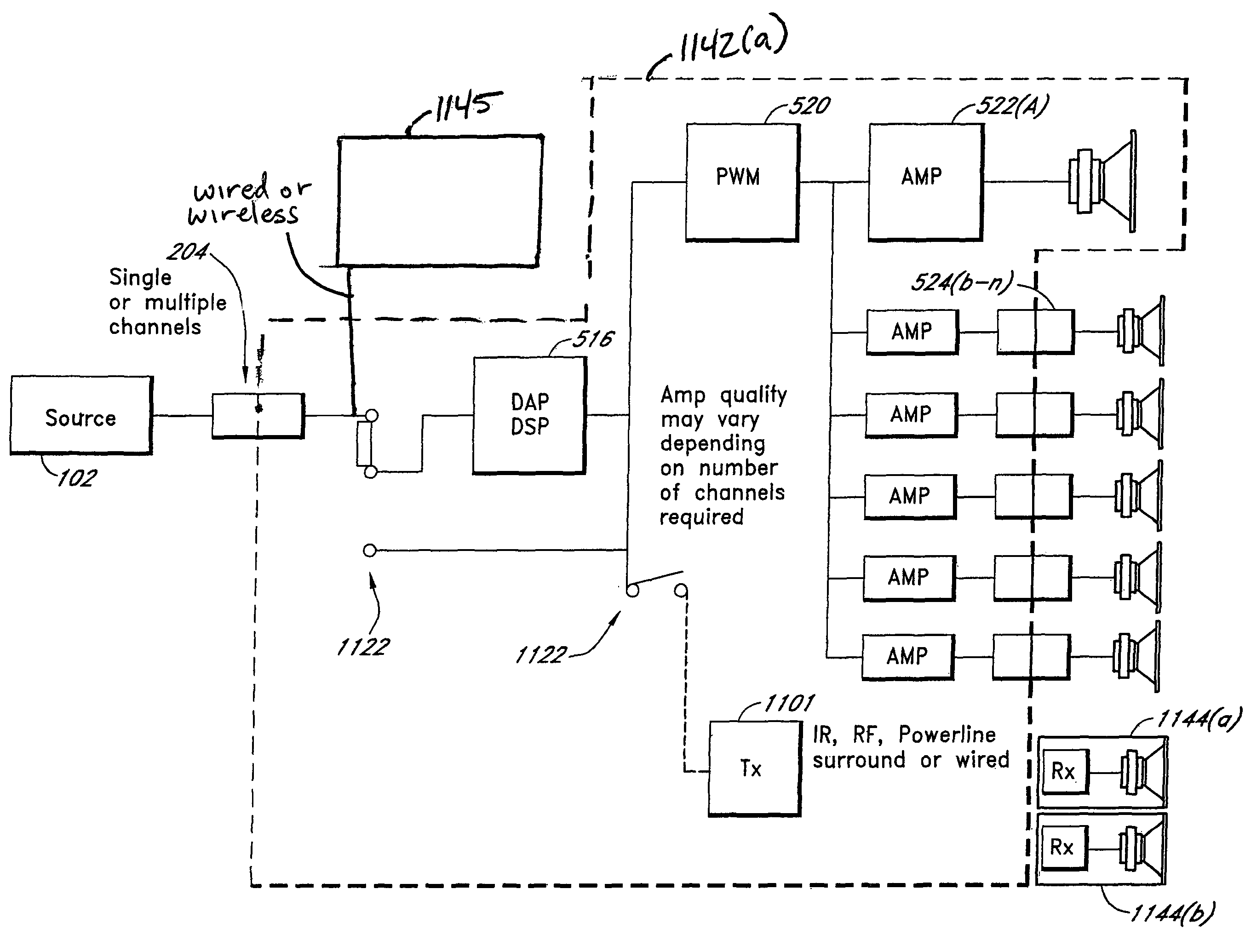 U.S. Patent 7853341 was awarded to KCS Industries Inc. on 2010-12-14 and describes a “Wired, wireless, infrared, and powerline audio entertainment systems.” This patent has been cited 281 times by other U.S. patents which places it in the top 500 cited patents since 2010 according to our law firm research, and makes it of the most innovative audio-visual technology patents in the field of electrical engineering. The abstract states:

A method and system for communicating audio, video, and/or control signals within a home entertainment system. One or more signals are communicated between an input device and one or more output devices via one or more networks. The output device can include loudspeakers, display devices, and headphones. In some embodiments an output device, for example a center channel loudspeaker, transmits signals to other output devices. For example, the center channel loudspeaker can transmit a combined audio signal and control signal to a remote loudspeaker over a first network and transmit a video signal to a display device over a second network. The display device displays the video signal. The networks can be wireless, wired, infrared, RF, and powerline. Link: U.S. Patent 7853341

This patent was originally filed on 2004-02-20 which gives it a processing time of 2489 days, compared to an average processing time of 1254 in the field. KCS Industries Inc. has 34 total patents. The first named inventor is William A. McCarty of San Diego, CA. The primary examiner was Vivian Chin.

Select Patents monitors top audio-visual technology patents and electrical engineering patents which have been allowed and granted worldwide. If you would like legal advice regarding a patent or would like to file a patent go to https://selectpatents.wpengine.com/contact/