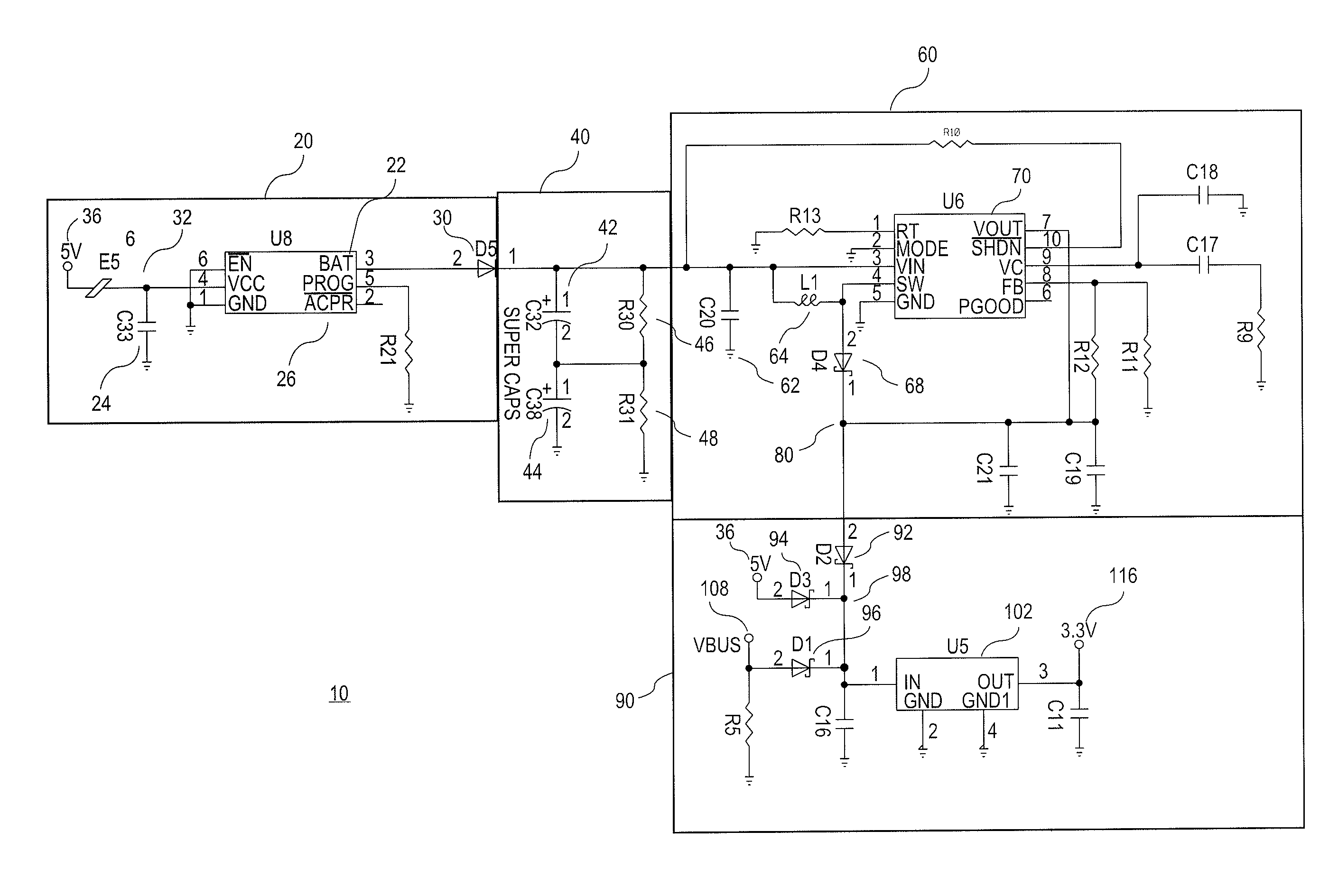 U.S. Patent 7772720 was awarded to Sysmex Corporation on 2010-08-10 and describes a “Supercapacitor and charger for secondary power.” This patent has been cited 291 times by other U.S. patents which places it in the top 500 cited patents since 2010 according to our law firm research, and makes it of the most innovative electrical machinery, apparatus, energy patents in the field of electrical engineering. The abstract states:

A secondary power source system, includes a first unit receiving a primary power input and restricting a current used for charging to a predetermined amount, a second unit including a device providing capacitance, receiving a first output from the first unit with restricted current, a third unit generating a second output of a certain voltage, and a fourth unit performing a logical OR operation with the primary power input, first output from the first unit and second output from the second unit, to generate a single third output of a certain voltage. Link: U.S. Patent 7772720

This patent was originally filed on 2007-12-03 which gives it a processing time of 981 days, compared to an average processing time of 1214 in the field. Sysmex Corporation has 1288 total patents. The first named inventor is Phillip W. McGee of Owatonna, MN. The primary examiner was Albert W Paladini.

Select Patents monitors top electrical machinery, apparatus, energy patents and electrical engineering patents which have been allowed and granted worldwide. If you would like legal advice regarding a patent or would like to file a patent go to https://selectpatents.wpengine.com/contact/