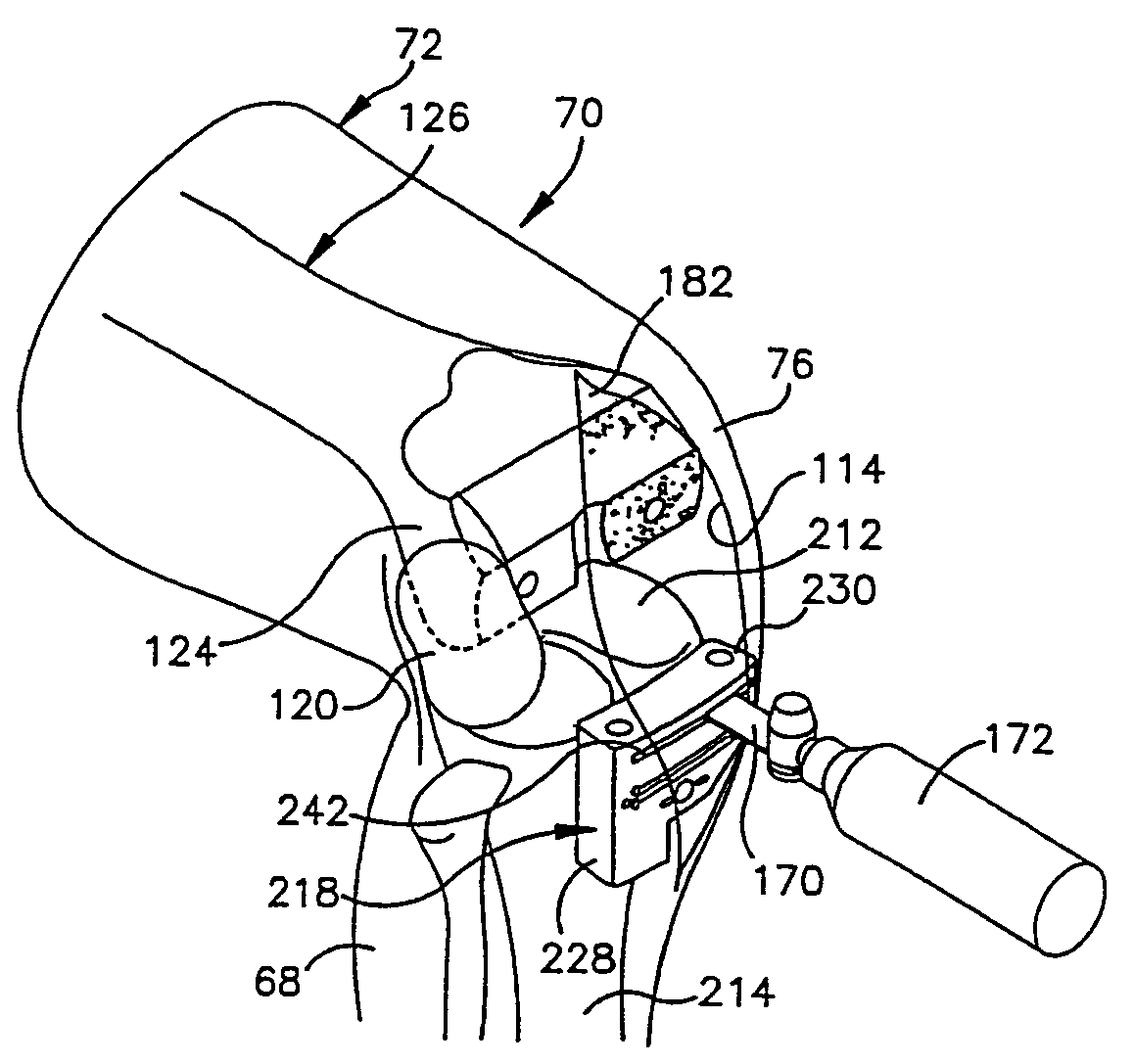 U.S. Patent 7806896 was awarded to Marctec, LLC on 2010-10-05 and describes a “Knee arthroplasty method.” This patent has been cited 283 times by other U.S. patents which places it in the top 500 cited patents since 2010 according to our law firm research, and makes it of the most innovative medical technology patents in the field of instruments. The abstract states:

An improved method of performing surgery on a joint in a patient’s body, such as a knee, includes making an incision in a knee portion of one leg while a lower portion of the one leg is extending downward from an upper portion of the one leg and while a foot connected with the lower portion of the one leg is below a support surface on which the patient is disposed. The incision is relatively short, for example, between seven and thirteen centimeters. A patella may be offset from its normal position with an inner side of the patella facing inward during cutting of a bone with a cutting tool. During cutting of the bone, one or more guide members having opposite ends which are spaced apart by a distance less than the width of an implant may be utilized to guide movement of a cutting tool. Link: U.S. Patent 7806896

This patent was originally filed on 2003-11-25 which gives it a processing time of 2506 days, compared to an average processing time of 1760 in the field. Marctec, LLC has 31 total patents. The first named inventor is Peter M. Bonutti of Delray beach, FL. The primary examiner was Pedro Philogene.