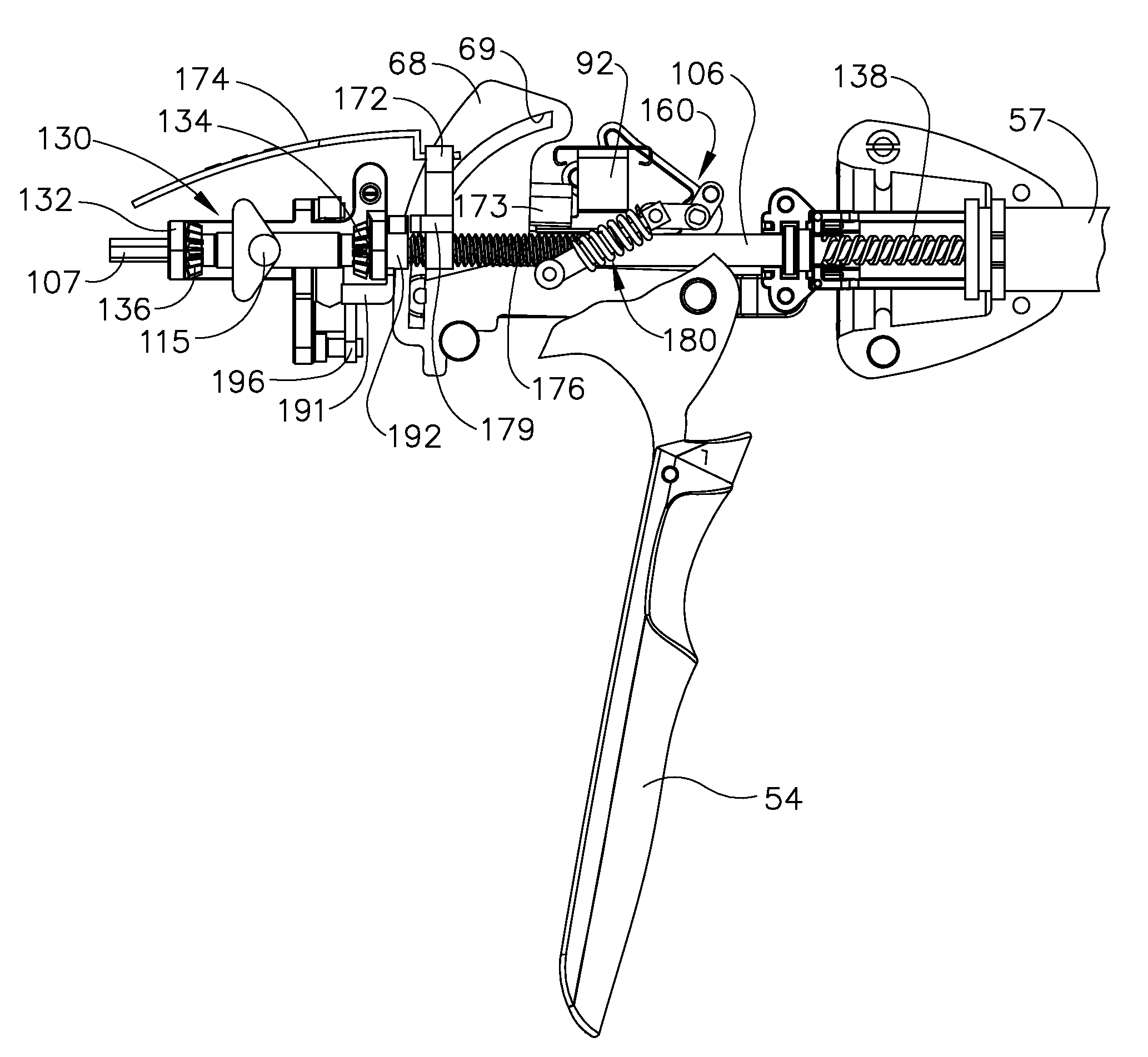 U.S. Patent 7819299 was awarded to Ethicon Endo-Surgery, Inc. on 2010-10-26 and describes a “Surgical instrument having a common trigger for actuating an end effector closing system and a staple firing system.” This patent has been cited 455 times by other U.S. patents which places it in the top 500 cited patents since 2010 according to our law firm research, and makes it of the most innovative medical technology patents in the field of instruments. The abstract states:

This patent was originally filed on 2007-06-04 which gives it a processing time of 1240 days, compared to an average processing time of 1226 in the field. Ethicon Endo-Surgery, Inc. has 2128 total patents. The first named inventor is Frederick E. Shelton, IV of Hillsboro, OR. The assistant examiner was Gloria R. Weeks.