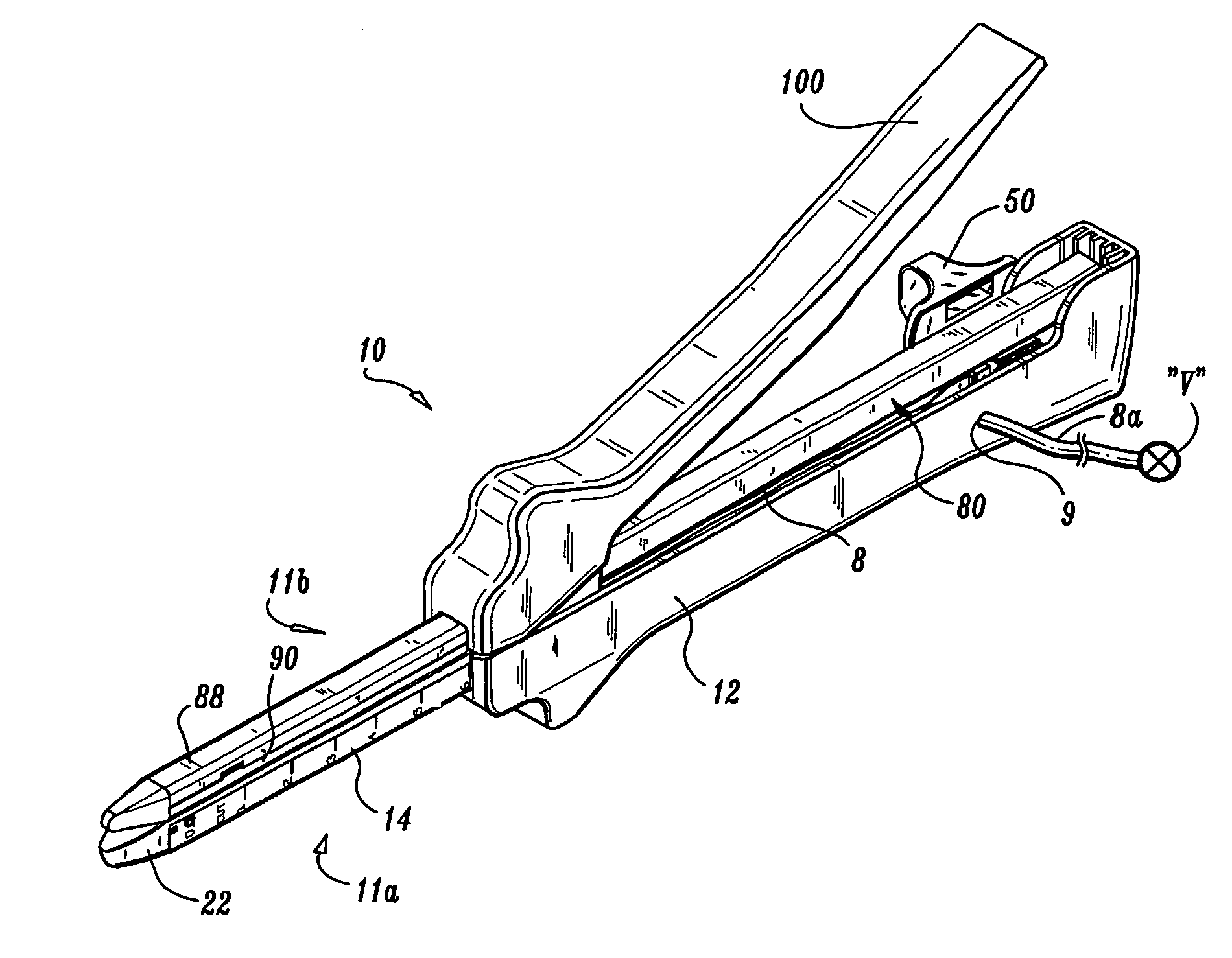 U.S. Patent 7744628 was awarded to Tyco Healthcare Group LP on 2010-06-29 and describes a “Surgical stapling apparatus having a wound closure material applicator assembly.” This patent has been cited 283 times by other U.S. patents which places it in the top 500 cited patents since 2010 according to our law firm research, and makes it of the most innovative medical technology patents in the field of instruments. The abstract states:

This disclosure relates to surgical stapling apparatus for enhancing one or more properties of body tissue that is or is to be repaired or joined. The apparatus includes a staple anvil, a staple cartridge, a driving member for driving the surgical staples from individual staple slots in the staple cartridge and against the staple anvil, and a wound closure material applicator assembly. The applicator assembly includes at least one conduit extending along at least a length of the driving member, anvil and/or cartridge and at least one reservoir in fluid communication with the at least one conduit, the reservoir containing a wound closure material therein. The staples can be coated with a wound closure material. Link: U.S. Patent 7744628

This patent was originally filed on 2005-04-18 which gives it a processing time of 1898 days, compared to an average processing time of 1942 in the field. Tyco Healthcare Group LP has 1168 total patents. The first named inventor is Frank J. Viola of Sandy, UT. The primary examiner was Julian W Woo.